On February 14, in the context of the investigation regarding the Castellana Papers, police arrested a man in a Spanish town near Santa Cruz de Tenerife. The arrest is a new step in the investigation carried out by the police, following a complaint filed on June 6 by Gabinete Tributario de Orientación Fiscal, a consultant office with address at Paseo de la Castellana, 156 (Madrid, Spain), to the Spanish National Police Corps based on the suspicion that their files had been hacked.

According to the defense, the detainee has not yet been formally accused, nor has he appeared before a judge. The National Police published a statement announcing the arrest on March 10. The statement claims that “the detainee, who supposedly leaked fiscal information belonging to important Spanish businesses and wealthy people, faces up to five years in jail.” The statement does not provide further details regarding the charges.

According to the edict, seen by this newspaper, a Madrid court started the judicial proceedings on October 10 in order to determine the “criminal facts” of a “disclosure of secrets” crime. A computer analysis of the complainant business office located three IP addresses that downloaded data, which led the police to a residence in a small coastal town in the Spanish province of Santa Cruz de Tenerife.

At 7:00 AM on February 14, the court issued the search warrant for the residence and authorized the seizure of any “evidence of crime”, such as laptop computers, hard drives and cell phones. The warrant also authorized “changing passwords of all services and platforms used by the supposed criminals and which could be related to the facts under investigation.”

At the searched residence, police found a man and his mother. The man was taken to a police station to be interrogated at 12:20 noon and he testified assisted by a public defender. According to the defense attorney he hired later, he was pressured to testify. The statement records that the public defender advised him not to testify.

In his statement, the man –who says he is unemployed– says that he downloaded files with “Windows explorer and MozillaFTP". He used his personal laptop computer and he claims that he acquired his computer skills “in a self-taught way, with internet tutorials, that he doesn’t know how to program and that he can understand 20% of the source code of a HTML website”.

In his statement, the man explains how he sent the files to Filtrala.org and made it clear that he was never offered any compensation for the files, that he never requested compensation because he understood that he was “helping the common good.”

Associated Whistleblowing Press, the platform that manages Filtrala, explains “the arrest is not related to the safety of Filtrala’s transfer procedure, but to the way in which this person could have obtained the data that he later submitted to Filtrala, according to the police.”

The police’s press statement published on Friday says “the hacker could download the data thanks to a configuration error in the fiscal office’s server [...]. Agents analyzed the evidence from the victim’s computer system and then tracked the origin of the intrusion.”

In June 2016, eldiario.es was the first, together with La Marea and Diagonal, to publish the investigation known as the Castellana Papers.  The investigation began when a massive leak reached Filtrala. 38.598 documents revealed the ways in which very wealthy people, businesses, public officials and prestigious families hide their assets or avoid paying taxes. The documents came from a consultant office on tax matters in Paseo de la Castellana, the heart of Madrid’s business area.

The Castellana Papers were the first document leak regarding tax amnesties in Spain. The long list of names, which took three weeks to be broken down, included information on fiscal amnesties of at least 21 relevant people, members of the Bourbon family, businesses and even officials of the Franco's dictatorship.

After verifying the authenticity of the documents, eldiario.es, La Marea and Diagonal published the scoop that included relevant cases based on checked information, such as the decade-long existence of an offshore fortune belonging to the Borbón-Dos Sicilias family or the tax amnesty for the 113 million euros that private health businesses kept in Switzerland. 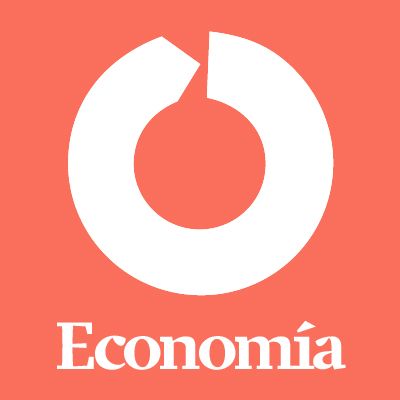